Gareth worked for many years as a high-end grade 3 Prosecutor for the CPS. Since returning to the independent Bar Gareth has pursued a mixed defence and prosecution practise. He now defends more often than he prosecutes.

He routinely deals with cases of all types: violence, drugs, sexual assaults (historic and more recent), fraud and dishonesty. He has been lead in murder cases acting on both sides. He has successfully prosecuted and defended cases involving allegations brought by the Trading Standards authority.

It is his background, enthusiasm, easy going nature and ultimate level of academic achievement that has lead Gareth to possess a real skill and ability in getting on and communicating with people from all walks of life. Gareth has a relaxed and down to earth manner that is effective and enables him to communicate sometimes complex issues in a way easily understood by all.

He is highly regarded for his excellent judgement, detailed preparation of a case and his marshalling of the facts. He is noted for the quality of his closing speeches and mitigation. He is respected for his polite yet tenacious cross-examination of witnesses. 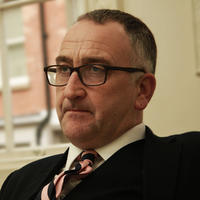 Gareth comes from a down to earth background. He spent his teens and early 20’s competing as an international semi-professional cyclist. He retired from this sporting career and returned to education at a local college. From there he achieved a place at Oxford University studying Jurisprudence.

2017 R v M.K.
Defending: Gareth successfully represented M.K. M.K. was a single mother accused of possessing a prohibited firearm. Gareth came to the case as a late substitute. He quickly saw that the Crown had problems in terms of material not disclosed to the defence. He successfully argued for the disclosure of sensitive material in the case. The Crown were forced to withdraw the case and offered no evidence.

2017 R v G.T.
Defending: Gareth successfully represented G.T. GT was accused of attending at a neighbours address and seriously assaulting him (s18 GBH). G.T. argued that he was not the man who did this. He was found not guilty.

2018 R v M.W.
Defending: Gareth successfully represented Mr W. a man from the travelling community accused by a number of witnesses of attacking another man with a knife causing serious injury (s18 wounding). M.W. argued self-defence and was found not guilty.

2018 R v S.B.
Defending: Gareth successfully represented S.B. who was accused of a serious assault (s18 GBH) along with another man. Close analysis of the expert medical evidence enabled a successful argument to be made with regard to the causation of the serious injury. S.B. accepted responsibility for a public order offence but verdicts of Not Guilty were returned on the more serious allegation allowing SB to retain his liberty.

2019 R v R.G
Defending: R.G faced allegations of possession of a firearms (a hand gun and hand grenades), Robbery and False imprisonment. The Crown were certainly of the view that the evidence in the case was overwhelming. The complainant was unwilling to attend at trial and the Crown were encouraged to make a hearsay application to read his evidence by a number of Judges and various administrative hearings. Gareth successfully argued against this and pursued many lines of enquiry through disclosure. Ultimately the Crown were forced to concede the position and not guilty verdicts were returned against R.G. on all counts.

2019 R v A.C.
Defending: A.C. was charged with possessing indecent images of children on a computer he accepted was his. A.C. had denied any involvement in the downloading of any such images. A.C. asserted any images may have been downloaded by accident along with other legitimate downloads. The Crown relied on two experts in order to try and demonstrate overt action on A.C’s part and thereby prove their case. The key to obtaining a positive outcome in this case was in gaining a complete understanding of how a computer stores images and what if any technological footprint is left behind during that process. Following submissions made the Prosecution experts conceded that they could not disprove A.C’s account and not guilty verdicts were returned on all counts

2019 R v M.T.
Defending: Gareth successfully represented M.T. who was an experienced and senior prison officer. He and three colleagues were charged with a serious assault upon an inmate. M.T. was first on the indictment. If convicted custody was a certainty. Given the nature of M.T’s previous employment a custodial sentence would have been catastrophic. M.T. was found not guilty.

2019 R v K.R.
Defending: Gareth successfully represented K.R. at trial. K.R. was accused of a knife pont robbery of a shop keeper. He denied presence and any involvement. Two police officers purported to identify KR from CCTV. Gareth relentlessly pursued all disclosure in relation to the officers purported identification evidence. I response to Gareth’s requests the Crown was forced to review the case and decided that they had no choice but to abandon such evidence of identification. The prosecution offered no evidence. Not guilty verdicts were returned.

2017 R v E.A.
Prosecuting: E.A. had followed a girl home from a nightclub ultimately grabbing hold of her and dragging her down and alleyway. EA denied attempting to rape the girl. He was convicted

2018 R v S.S. and others
Prosecuting: Conspiracy to burgle. SS was charged along with a 3 other men of carrying out ten high value domestic burglaries, all in rural areas. The case was paper heavy and required detailed analysis and effective presentation of cell site evidence. All 4 men were convicted.

2018 R v A.B.
Prosecuting: A.B. had groomed who he thought to be a 12 year old girl over the internet for sexual purposes. The girl was in fact a “decoy” and his was a paedophile hunter case. A.B. maintained at trial that he knew this was an adult. Detailed analysis of the nature of the conversation between he and she revealed otherwise. A.B. was convicted.

2019 R v T.S
Prosecuting: Gareth successfully prosecuted in a sensitive case involving a very young and vulnerable witness. The allegation was one of sexual assault. The case was appealed from the Youth Court and hence re-tried. The Court again convicted T.S. Due to the nature of the case all witness handling had to be completed with great care.

Gareth looks forward to a variety of work in the coming months. He is instructed to defend in cases alleging: sexual assault, VAT fraud, Possession With Intent to supply drugs, Fraud, Robbery and serious violence.

He is instructed to prosecute a number of s18 assaults, sexual assault allegations, a conspiracy to burgle and cases on behalf of HM Customs and Excise.