James moved to chambers following 6 years with a prestigious London set. He is a Level 3 prosecutor who is adept at dealing with cases involving vulnerable witnesses and children, and he is often instructed to defend in the most serious criminal matters, including historic sexual abuse, serious violence, drug trafficking and money laundering offences.

As someone who prides himself on being down to earth and approachable, James’s skill in communicating and explaining issues in simple terms has been beneficial with clients who need greater levels of assistance or support. Additionally, his expertise in grappling with complex issues of fact and law, and his ability to build rapport with even the most demanding of clients is considered to be a real asset. 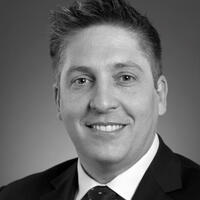 Outside of his professional life, James sits as a panel member for British Canoeing’s Disciplinary, Dispute & Appeal Panel. Having chaired a number of general disciplinary and appeal panels, James was appointed as the legally qualified Chair of the canoe slalom Olympic selection appeals panel for Tokyo 2020. This in turn led to his appointment as Chair of the selection appeals panel for the athlete World Class Programme 2020, and he will revisit this role for the 2021 World Class Programme.

R v Fesenko - Operation Silentpool IV (Derby) - 2022
Presently instructed to defend in a 4-month, multi-handed drugs conspiracy which is said to be the largest cocaine conspiracy seen in the East Midlands.

R v DT & Others (Derby) – 2022
Presently instructed to prosecute a fraud involving the theft of over £1.3 million from an employer.

R v O’Grady & Lake (Northampton) - 2019
Led Junior in successful prosecution of parents who had wilfully neglected a number of their 12 children, and
had singled out one of the elder children for particularly brutal treatment.

R v LB (Leicester) - 2019
Secured acquittal after trial of 30-year-old woman accused of having a sexual relationship with a 14-year old boy.

R v LM (Northampton) - 2018
Successful defence at trial of carer accused of sexually abusing a man under his care with cerebral palsy.