Julia tenaciously prosecutes and defends in cases across the full spectrum of criminal offences, including the most serious.

She appears regularly in Crown Courts in the East Midlands but also appears in other courts on the Midland Circuit and occasionally on other circuits.

She is Level 4 prosecutor on the RASSO panel and regularly prosecutes serious sexual offences, and particularly rape and child sex offences, and other offences involving vulnerable victims or witnesses, as well as serious assaults, robberies and serious offences of dishonesty including fraud, serious driving offences including those involving fatality and multi-handed cases.

She also defends in cases involving young or otherwise vulnerable defendants, sexual offences including rape, serious driving offences including those involving fatality and offences of serious dishonesty and violence. She has experience in and is adept at defending people with mental health issues.

She is often led by Queens Counsel, both prosecuting and defending, in particular in multi-handed cases involving allegations of murder, and was awarded a red bag in 2007.

She has also advised the CPS Casework Directorate in relation to the prosecution of police officers against whom complaints had been made.

She has appeared in the Court of Appeal on numerous occasions, on behalf of both the prosecution and the defence. 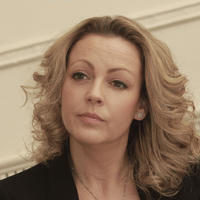