Laura is a hard-working and down to earth barrister. She is frequently instructed in complex and serious fraud cases, often involving the most voluminous and complicated evidence. In the last few years she has been instructed to represent the chair of a Tenant Management Organisation accused of fraud, the Chief Financial Officer charged with multiple counts of VAT fraud, in a five month ‘missing trader’ fraud and as junior counsel for the first defendant in allegations of conspiracy to make corrupt payments by members of the Royal Household.

Laura has experience in defending in all types of sexual allegation. She has obtained acquittals for a man accused of raping his two daughters over many years, a 17 year old who was alleged to have raped a vulnerable teenager, a defendant said to be part of a ‘grooming gang’ alleged to have targeted a 13 year old girl with learning difficulties, and a defendant charged with drugging and raping a teenage boy. 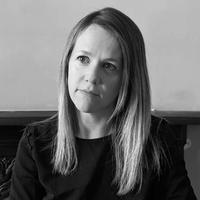 R v RF (Northampton CC, 2022) - defendant charged with ‘stranger rape’ of inpatient at mental hospital who got into his car in the early hours of the morning. Acquitted after trial.

R v WS (Manchester Minshull Street CC, 2020) - instructed as junior counsel for first defendant on allegations of long running conspiracy to cause explosions of ATMs across the north of England.

R v MW (Aylesbury CC, 2019) – youth charged with kidnap/false imprisonment. Allegation of ‘car jacking’ where defendant stole car and drove it away with woman and three month baby inside. He was said to produce a knife and threaten both with it. Acquitted of those counts and sentenced for taking without consent.  Press article.

R v JF (Portsmouth CC, 2018) - defendant charged with sexually assaulting three of his daughters’ friends, all of whom gave evidence against him. Acquitted of all counts.

Operation Unsafe (Chelmsford CC, 2018) - led junior in allegation of importation of over £8million of amphetamine oil.

Operation Kanteen (Lewes CC, 2018) – represented two defendants in consecutive trials in this series involving allegations of the laundering of over £600,000 defrauded from elderly and vulnerable people.

R v JH (Inner London CC, 2017) - historic rape, assault by penetration and sexual assault allegations reopened by police following a 'cold case review'. The Crown's case was that the defendant drugged and raped a vulnerable teenage boy. Acquitted of all counts after trial.

R v Erroll Hanson (Southwark CC, 2017) – led by Queen’s Counsel in murder trial. The defendant was a man of good character, diagnosed with paranoid schizophrenia, who stabbed a burglar over fifty times. Acquitted of both murder and manslaughter. The case received significant media attention. The Times, The Mirror, The Daily Mail.

R v MW (Inner London CC, 2015) - represented man of good character charged with rape of 13 year old girl with learning difficulties. The Crown’s case was that he was part of a gang who had deliberately targeted her and ‘groomed’ her over a period of time before the alleged rape. Acquittal.

R v OA (Northampton CC, 2015) - represented father accused of raping and sexually abusing his two daughters over a period of years. Defendant was convicted of counts of common assault only.

R v Butt and others (Liverpool CC, 2012) – junior counsel for employee of dental practice charged with conspiracy to defraud the Primary Care Trust. Count 1 stayed as an abuse of process following two days of defence submissions on the basis that there had been no loss to the PCT.

R v Murphy and others (Ipswich CC, 2011) – led junior in 3 month SFO prosecution for ‘boiler room’ fraud with cross jurisdictional issues. The SFO’s case was that over £8million had been fraudulently obtained from would-be investors in a sham biodiesel company.