Matt brings a wealth of experience to chambers having specialised in criminal law for the past 23 years.

Matt has extensive experience working alongside senior Juniors and Queens Counsel in cases of all size and seriousness. Matt has a flair for advocacy that he has been developing as an HCA but now pursuing at the bar. Well known to Judges and practitioners alike, Matt is an approachable, friendly, thoroughly prepared, and tenacious practitioner who can confidently and fearlessly advance his client’s position. Matt will work tirelessly to ensure the right result.

Matt also has experience of appearing in the County Courts representing individuals appearing in breach of Anti-Social Behaviour Injunctions. 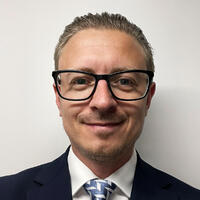 R v B (Nottingham Crown Court, 2021). Suspended sentence for a former soldier who was charged with causing grievous bodily harm having caused a significant brain injury to his victim. Psychiatric evidence detailing PTSD used in mitigation.

R v B (Nottingham Crown Court, 2022). Possession with intent to supply class A x4 and possession with intent to supply cannabis. Basis of plea not accepted by the Crown. At sentence, I persuaded the Judge not to pursue a Newton Hearing, and that the Crown’s “significant role” categorisation was incorrect. A suspended sentence was the resulting sentence.

R v A (Nottingham Crown Court, 2022). Arson reckless as to whether life was endangered by deliberately setting fire to his own home. Psychiatric evidence deployed to persuade the Judge to impose a suspended sentence.