Stefan is a specialist criminal and prison law practitioner. He has a wealth of experience in cases involving offences of violence, drugs, sexual offences, dishonesty, and offences affecting public order

He also specialises in all aspects of prison law, including: 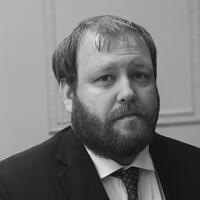 Re: P (Parole Board, 2021). Secured the release of a recalled IPP prisoner where the tribunal determined that the decision to recall was unlawful applying the reasoning of the Court of Appeal in Calder. Immediate release directed.

R v E (Nottingham Crown Court, 2020). Defendant charged with breaching a restraining order in place to protect a BBC journalist who he had stalked and harassed for over 25 years. The case was reported nationally including by the BBC and Sky News.

Re: W (Parole Board, 2020). Secured the release of an IPP prisoner from closed conditions. The tribunal was persuaded that risk could be managed in the community and, despite the recommendations of probation, a transfer to open conditions was not necessary.

R v R (Nottingham Crown Court, 2019). Successful application to dismiss on behalf of a defendant charged with possession of Class A and B drugs with intent to supply.

Re: C (Category A Review, 2018). Successfully argued the removal from high security conditions for a prisoner convicted of murder and attempted murder.

R v RK (Lincoln Crown Court, 2019). Successfully argued for a suspended sentence on behalf of a former RAF pilot convicted of perverting the course of justice.